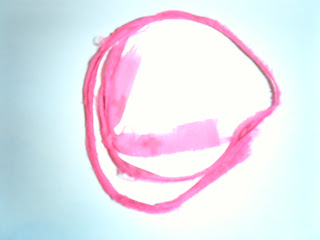 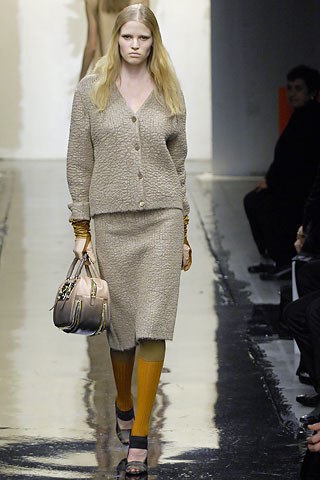 I’m morbidly fascinated by the new autumn/winter 07 Prada collection. It’s so awkward and ugly and unflattering, yet Miuccia’s influence is so great, the looks will undoubtedly filter down in a less extreme form and change the direction of fashion. Ditto Marc Jacobs. I hated his spring/summer 07 collections for Marc Jacobs and Louis Vuitton, yet he clearly knows what he’s doing so there’s no question they will have an influence on future fashion. I can but (begrudgingly) put my reservations aside and trust that it will all become clear in time… What are we thinking about bumbags? Being a virgo I’m all for fashion meets function and bumbags are the epitome of that, with the added bonus of tapping into the eighties rehash. I’m surprised it’s taken American Apparel so long to latch on but I finally saw a nice purple one in the window today.

A delivery from Amazon yesterday brought me Tiffany’s Table Manners For Teenagers by Walter Hoving. Written in the sixties it’s a very witty book about table manners –useful but quirky– I recommend it!

disneyrollergirl
•
Follow
“In 1971 Bob (Richardson) and I decided to move to Paris. We loved to shoot for Dior with the great makeup artist and perfume designer Serge Lutens, whose extraordinary talent and eye for detail inspired us. Working for the European magazines was liberating in terms of content and expression… Serge was a legend as a makeup artist and already a mysterious and rare commodity in the beauty industry. He lived in Paris at no fixed address. When French Vogue wanted to book him for a feature, scouts were sent out all over the city to find him. Generally he could be located at his favorite table at the Café de Flore. Serge was a nocturnal animal, with great dark eyes. He wore his jet-black hair straight, in a Dutch-boy haircut, under a John Lennon cap. He didn’t speak a word of English, but it never mattered, because the language between Bob and Serge was aesthetic. It was a great feeling to be the muse between them. At this time, Serge gave me the haircut that became my trademark – full bangs and dead straight, to just below the ears, like the silent-movie star Louise Brooks. It was to change my life as a model.” Anjelica Huston on Serge Lutens #sergelutens #angelicahuston #bobrichardson
View on Instagram |
5/9