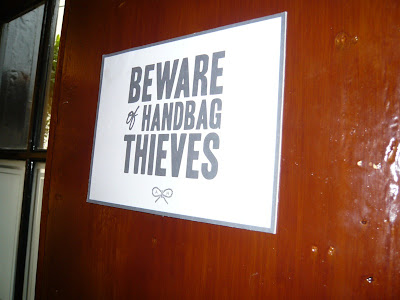 Oh wasn’t the Anya Hindmarch press day a hoot! An unassuming Belgravia pub, The Star Tavern was highjacked by the Hindmarch clan for the entire week to showcase the aw10 collection. Not content with changing its name to The Bag & Bottle (ho ho!) the team plastered the premises from top to bottom with the Anya Hindmarch name. Most genius touch? That’ll be a toss-up between the AH branded peanut packets and the Beware of Handbag Thieves sign. They even had a special appearance from darts champion Colin ‘Jaws’ Lloyd – now you don’t get one of those at your average press day… 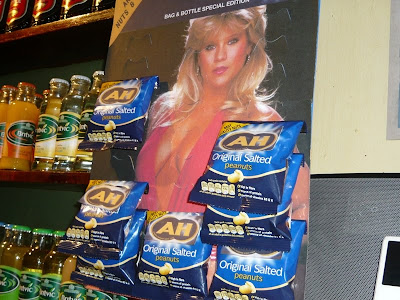 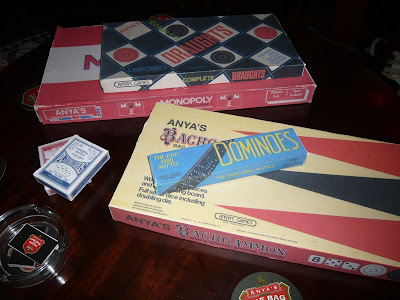 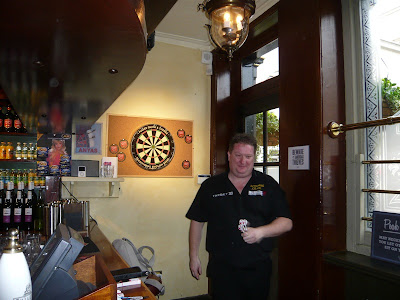 After tucking into a portion of scampi that was several notches above your average pub grub followed by rhubarb crumble that was worth the trip alone, I finally checked out the merch.

Remember the Anya Hindmarch for Barbour news? Well the results have been revealed. As expected, it’s Barbour with a luxe twist. There are some very lovely quilted coats and jackets with the Hindmarch curved collar – super feminine while retaining their practicality. There are also coats based on the trad waxed variety with detachable fur collars and cuffs. (Please don’t let’s have a fur debate here. Thank you.) Anya loves to think on a practical level – I swear she must be a Virgo – so inside these waxed coats you will find pockets embroidered with ‘lipstick’, ‘dog and bone’ (AKA ‘phone’) and ‘coins’, and get this, the coins pocket is actually a wee detachable velvet purse. Brilliant! 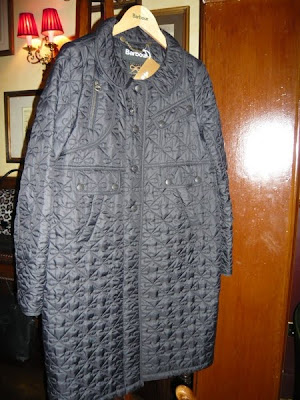 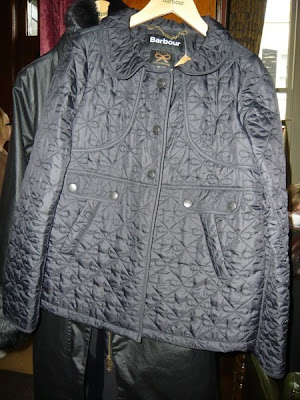 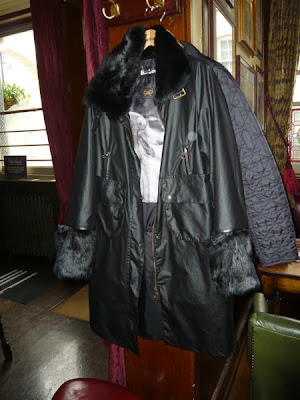 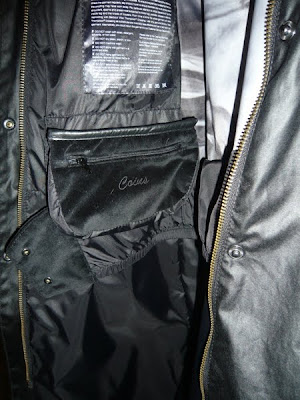 Amongst all the dozens of boxy, ladylike bags in all sorts of leather, ponyskin and animal-print, I zoned in on the nylon pouches of which there is one for every type of function. Heaven for a storage freak like me… 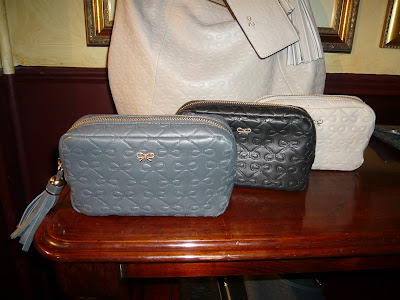 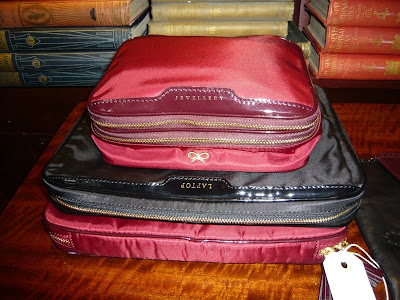 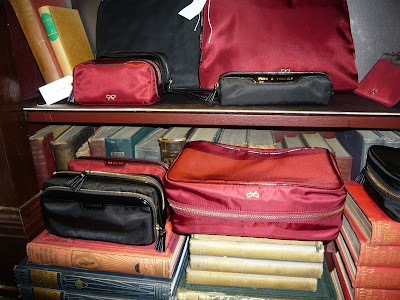 Back to the Bag & Bottle. The pub is actually available for bookings for lunch and dinner all the way through til Friday. I can’t guarantee you’ll see Anya herself throwing darts with Mr Lloyd, but you can enjoy a game of AH dominos with your pint and pork scratchings.