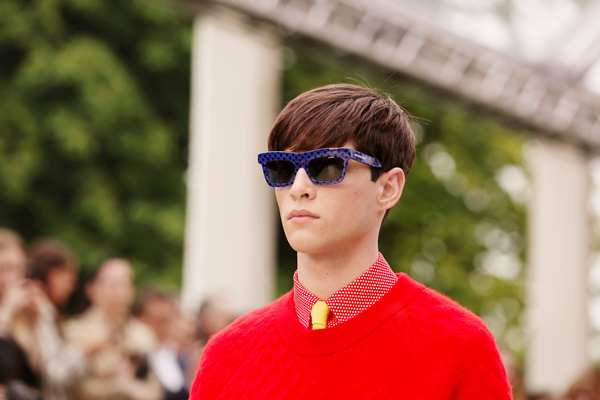 For Burberry Prorsum’s SS14 menswear show in its new London home we were treated to a collection called Writers and Painters. A gentle mashup of Alan Bennett boyish shapes and a Hockney colour palette (primary brights expertly layered by Burberry stylist Elliot Smedley), it was certainly commercial but thoroughly eye pleasing.

Styling is so important for a show like this in which the pieces don’t reinvent the wheel and you can’t inspect the quality up close. The outfits were accessorised with soft leather drawstring duffles and polka dot ‘Wave’ sunglasses. END_OF_DOCUMENT_TOKEN_TO_BE_REPLACED

Get ready for Chinti And Parker Meets Patternity

Breaking news: those fabulous Chinti And Parker initial sweaters are now in the sale at half price on Net-a-Porter-com. I have the N one and can’t recommend it highly enough. In other Chinti And Parker news, there’s a great AW13 collab getting ready to drop in a couple of weeks with Patternity. The Chinti And Parker Meets Patternity collection comprises ethically-produced  jersey separates, plus knit pants, dresses and sweaters in C & P’s signature cashmeres and Patternity’s geometric graphics. END_OF_DOCUMENT_TOKEN_TO_BE_REPLACED 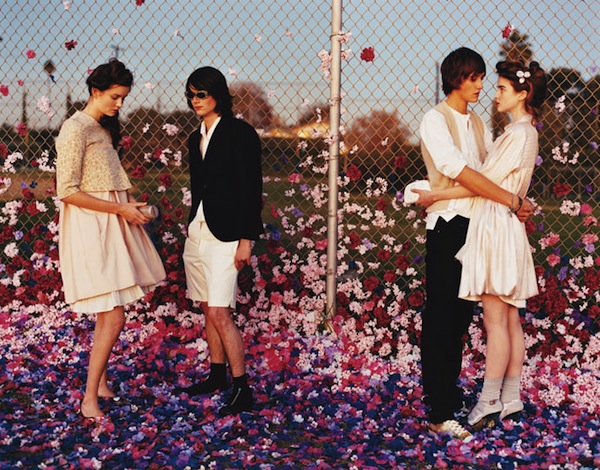 Some interesting info just arrived in my inbox from Debenhams on the rise of the UK ‘Prom kings’. According to Debenhams, boys are spending 24% more on Prom prepping than last year, although still not as much as girls. While Prom has been a big deal in America for, well, ever, it’s only really taken off in the UK in the last 10 years. But jeez, has it taken a long time for retailers to catch on. END_OF_DOCUMENT_TOKEN_TO_BE_REPLACED