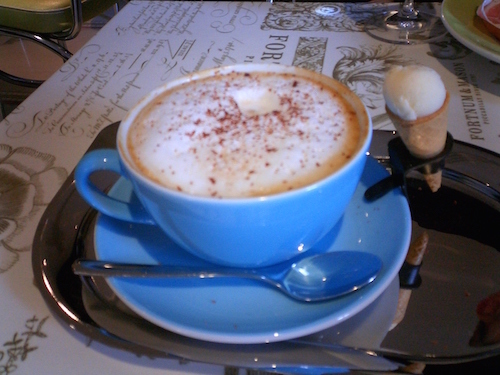 When I first happened upon the revamped Fortnum & Mason store in Piccadilly, I practically recoiled in shock. What had they done? In their effort to modernise, all the character had been sapped out of the poor shop. A few months on and I decided to give it a second chance. To my surprise I discovered a gem. Parlour Restaurant on the first floor is a darling little ice-cream parlour, designed by David Collins (Madonna’s decorator no less) and decked out American diner style with a 50s Italian twist.

The pistachio-green chairs work beautifully with the fondant-coloured china and floor-tiles, while neopolitan-hued lampshades coordinate very nicely indeed. But it’s not just about the decor. There’s a choice of fabulous ice-cream sundaes including a few alcoholic ones and great attention is paid to presentation. My favourite touch? The mini-sized ice-cream cones served with the capuccinos in their own little holder! Absolutely adorable.

On the cost of handbag rehab

Remember my vintage Celine ‘bourgeois bag’ I bought from Rellik in June? Well after barely a few outings, I realised one of the tiny screws from the clasp had come loose. Before I had a chance to get it mended, the wretched screw had fallen out altogether. I decided to take it to the Celine shop in Bond Street for a bit of handbag rehab. After admiring the bag, the sales lady agreed to send it to Paris for repair. Two weeks later she called to tell me the cost would be £60. “Sixty pounds? But all they have to do is replace a screw!” I wailed incredulously. “Why does that cost £60?” I told her not to bother with the repair and to just return the bag. She decided to find out the reason for the excessive charge and let me know. A few days later I had heard nowt. Eventually, after a bit of toing and froing I got a call. Celine had decided to fix the bag for free and it would be winging its way back into my arms shortly.

I have to say, at every turn, the staff at Celine were unfailingly polite and helpful (if a bit slow) and I’m thrilled that my experience resulted in a happy ending. But I have to question this business of high-end brands charging high-end repair fees for their goods. If you’re spending hundreds or thousands (in the case of Cartier watches and suchlike) of pounds on their goods, would it hurt their profits too much to throw in a free repair every once in a while? 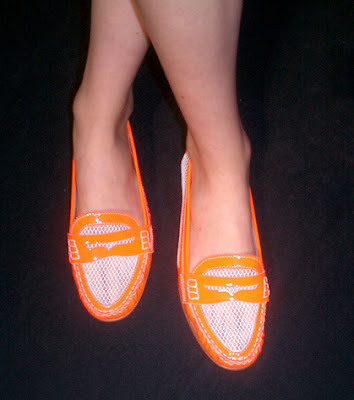 The penny loafer has been off-radar for years but I’m sensing a return to the collegiate flat. In my student years it was all about the preppie Bass Weejun worn with ankle-grazing stovepipes and a Harrington jacket, topped off with tortoiseshell Ray-Ban Wayfarers (yes, it was the eighties!). This time round it looks more exciting – check out these Christian Louboutin for Chris Benz neon leather and mesh loafers, spotted at New York Fashion Week… 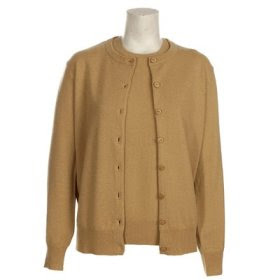 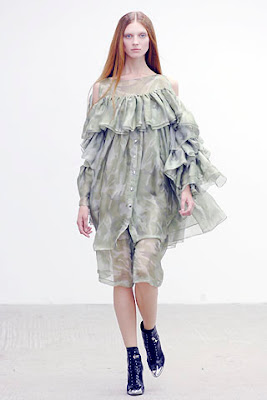 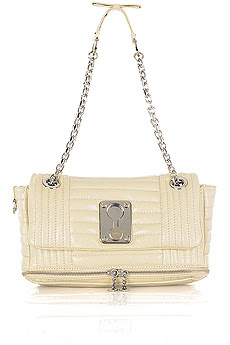 A shocking spate of fashion robberies has hit London in the last couple of weeks with Luella, Christopher Kane and Brora all being burgled by moped-mounted mobsters within days of each other. The question is, who could possibly be responsible for these mysterious boutique break-ins? Let’s see… someone with a taste for sensible cashmere twinsets, avante-garde frocks and grandma-style handbags? Come out, come out wherever you are Miuccia Prada, the game’s up dear.